HomeTeensMotor and Mental DevelopmentCan my baby recognize himself in the mirror?

Can my baby recognize himself in the mirror?
Print

Rate This
The first time he smiles at himself in the mirror, he's probably just reacting to seeing a happy face. But as time goes on, he'll figure out that this is his own face. This is a sign that your baby starts the recognition of himself as a separate entity in the world.
In one experiment in the late seventies, researchers asked a group of mothers and their babies, ages 9 to 24 months, to play in front of a mirror. First, the researchers watched to see how each baby acted when placed in front of a mirror. Next, each of the mothers pretended to wipe dirt off her baby’s face—but they were really putting a small bit of red makeup on the tip of the baby’s nose. Then the babies were placed in front of the mirror again, to see what they would do.
Before they’re 15 months old, babies don’t seem to recognize themselves in the mirror. These babies stared at their reflections and may have found them familiar, but they didn’t react any differently when they saw the red spots on their noses. But by 21 months, most infants tried to touch or wipe their nose. Researchers also studied children’s self-awareness as a way to learn about emotions such as embarrassment. The children who touched their red noses in the mirror were the only ones who showed embarrassment. Those who didn’t touch their noses did not show signs of being embarrassed.
Parenting tips 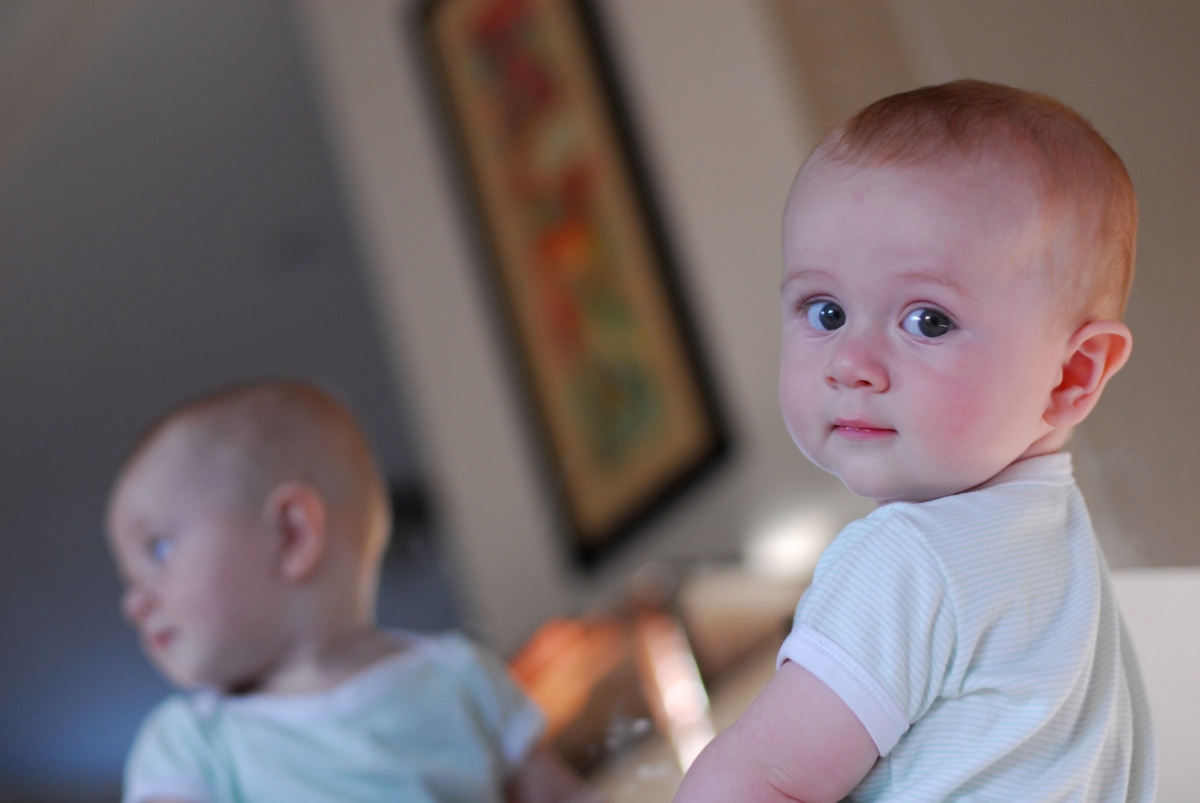 Articles
TV Violence and our children
How to supercharge your child's intelligence?
When can we begin taking our kid to the cinema?
How to Raise a Smart Baby
Teaching children to share
Selecting a pet
Achieving a balance between work and life
Getting your toddler to listen
Is it wrong for us to watch TV during our kids playtime?
Crying baby: What to do when your newborn cries
LOGIN TO YOUR CHILD PROFILE
PLEASE ENTER YOUR EMAIL
2356
Home Visit Service